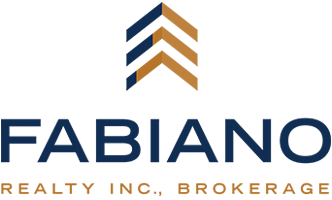 Whether you’re a first-time home buyer, downsizing, or looking for an inviting Toronto community, Tony can help you find the places you are looking for.  Browse available real estate in King West by clicking below.

King West is one of Toronto's fastest growing neighbourhoods, compared to the Soho neighbourhood in New York. King West real estate in Toronto is especially popular with young urban professionals, both singles and couples, who desire an urban lifestyle close to their downtown offices and within walking distance of Toronto's entertainment district.

In additional to residential options King West also includes: commercial office space, and one of the most active nightclub and bar scenes in Toronto. The Thompson Hotel located at 550 Wellington Street West has become a popular neighbourhood landmark.

King West now has the added cache of being the host neighbourhood for the Toronto International Film Festival which takes place annually in September. This festival attracts mega-stars to premiere screenings and creates a buzz throughout the whole neighbourhood and the entire city. The headquarters for the festival is the TIFF Bell Lightbox theatre on King West, which is surrounded by glitzy new condominium buildings that reflect the urbanesque lifestyle enjoyed by residents of this neighbourhood.

You do not have to leave the neighbourhood to furnish your condominium. There are many stylish home furnishing shops and art galleries in the area that cater to the tastes of the young urban professionals that live in this neighbourhood. Fitness and lifestyle related businesses have also set up shop here. Grocery stores are nearby and general stores with all the essentials are readily accessible.

Toronto’s Chinatown district on Spadina Avenue is a short walk north of this neighbourhood. Food markets are plentiful here. Kensington Market to the north is also within walking distance. This old world market will delight the senses with the sounds of international music and the scent of exotic spices emanating from the eclectic mix of shops and restaurants.

A myriad of streetcar routes on Bathurst and King Streets and on Spadina Avenue will connect passengers to either the Yonge-University-Spadina subway line or the Bloor subway line. Motorists are just minutes from the Gardiner Expressway and Lakeshore Boulevard which link to all the major highways leading into and out of the city.

Victoria Memorial Square located at Wellington and Portland Streets is Toronto’s first military cemetery. A war monument and interpretive plaques in this park commemorate Canada’s fallen soldiers. Today, this urban park represents where new lives are starting and new stories are being told.

Clarence Square situated at Spadina Avenue and Wellington Street West is a residential urban park that harkens back to the Victorian era. Clarence Terrace a row of historic townhouses facing the square from the north provides a nice visual backdrop for this neighbourhood green space.

St. Andrew’s Market and Playground is a small park located at Bathurst Street and Adelaide Street West. It is the first Toronto park to have a playground for children. The playground and other park features have recently been upgraded.

The Arts are also represented here with numerous galleries and studios nearby and live theatre and musical performances on King Street.

Can’t find what you’re looking for?  Contact Tony  today for a no-obligation consultation and we’ll help you get the keys to the perfect home in King West Village!

Get Listings in Your Inbox Every Morning
Where are you looking to buy?

Instant update when your neighbours are selling!
Type your address below:

See what your condo is worth
Type your address below:

See what your home is worth
Type your address below: