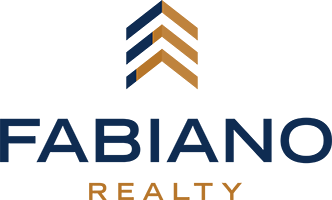 TORONTO, ONTARIO, January 4, 2018 – Toronto Real Estate Board President Tim Syrianos announced that Greater Toronto Area REALTORS® reported 92,394 sales through TREB’s MLS® System in 2017.This total was down 18.3 per cent compared to the record set in 2016.

Record sales in Q1 were followed by a decline in Q2 and Q3 after the Ontario Fair Housing Plan (FHP) was announced. The pace of sales picked up in Q4, as the impact of the FHP started to wane, and some buyers arguably brought forward their home purchase in response to the new OSFI stress test guidelines effective January 1, 2018.

“Much of the sales volatility in 2017 was brought about by government policy decisions. Research from TREB, the provincial government and Statistics Canada showed that foreign home buying was not a major driver of sales in the GTA. However, the Ontario Fair Housing Plan, which included a foreign buyer tax, had a marked psychological impact on the marketplace. Looking forward, government policy could continue to influence consumer behavior in 2018, as changes to federal mortgage lending guidelines come into effect,” said Mr. Syrianos.

“It is interesting to note that home price growth in the second half of 2017 differed substantially depending on market segment. The detached market segment – the most expensive on average – experienced the slowest pace of growth as many buyers looked to less expensive options. Conversely, the condominium apartment segment experienced double-digit growth, as condos accounted for a growing share of transactions,” said Jason Mercer, TREB’s Director of Market Analysis.

If you are interested in the full report please send your request to clientcare@TonyFabiano.ca

Get Listings in Your Inbox Every Morning
Where are you looking to buy?

Instant update when your neighbours are selling!
Type your address below:

See what your condo is worth
Type your address below:

See what your home is worth
Type your address below: